We are nearing the end of winter, I won’t cheer but just know I’m so ready for spring – the blossoming of flowers, the sound of bees, the hum of bird’s wings as they cross over my herb garden looking for food. In the meantime, I am using what is easily gathered – grand fir. Now, to give credit where credit is due, Linde, my daughter, actually gathered them for me and I have GRAND plans for them. (I know, that was cheesy, bear with me)

Fortunately, grand fir is fairly easy to recognize. The first step in tree identification is to stop looking at the forest and actually look at the trees. I have encountered many people that call every tree that stays green through the winter a “pine” tree. Let’s not be those people.

Okay, so when you are identifying a conifer (evergreen) you need to look at the needles. Grand Fir has flat needles that tend to alternate in length. An additional characteristic is the back of the needles are light grayish color with a green stripe running down the center. While the front are a shiny, darker green. According to numerous studies conducted on the Abies family they have found 277 different phytochemical including: terpenoids, flavonoids, lignans,  phenols, and steroids, among others.

The actions are anti-inflammatory and antihypertensive, both good for heart health. They are rich in vitamin c, minerals, and antioxidants. Plus they have been found to have antitumor and anti-ulcerogenic properties. To top it off, they possess antimicrobial and antitussive constituents making it a great alternative to NyQuil when battling a cold or flu.

As if that wasn’t enough the volatile oils can help reduce cortisol, calm the central nervous system and give a feeling of peace and serenity. That’s a pretty impressive list! Alright, so let’s get to a super easy recipe that you can make out of other foraged goodies: juniper berries and rose hips.

The benefits are amazing and I think the taste is too. Let me know if you make the recipe and how you liked it! 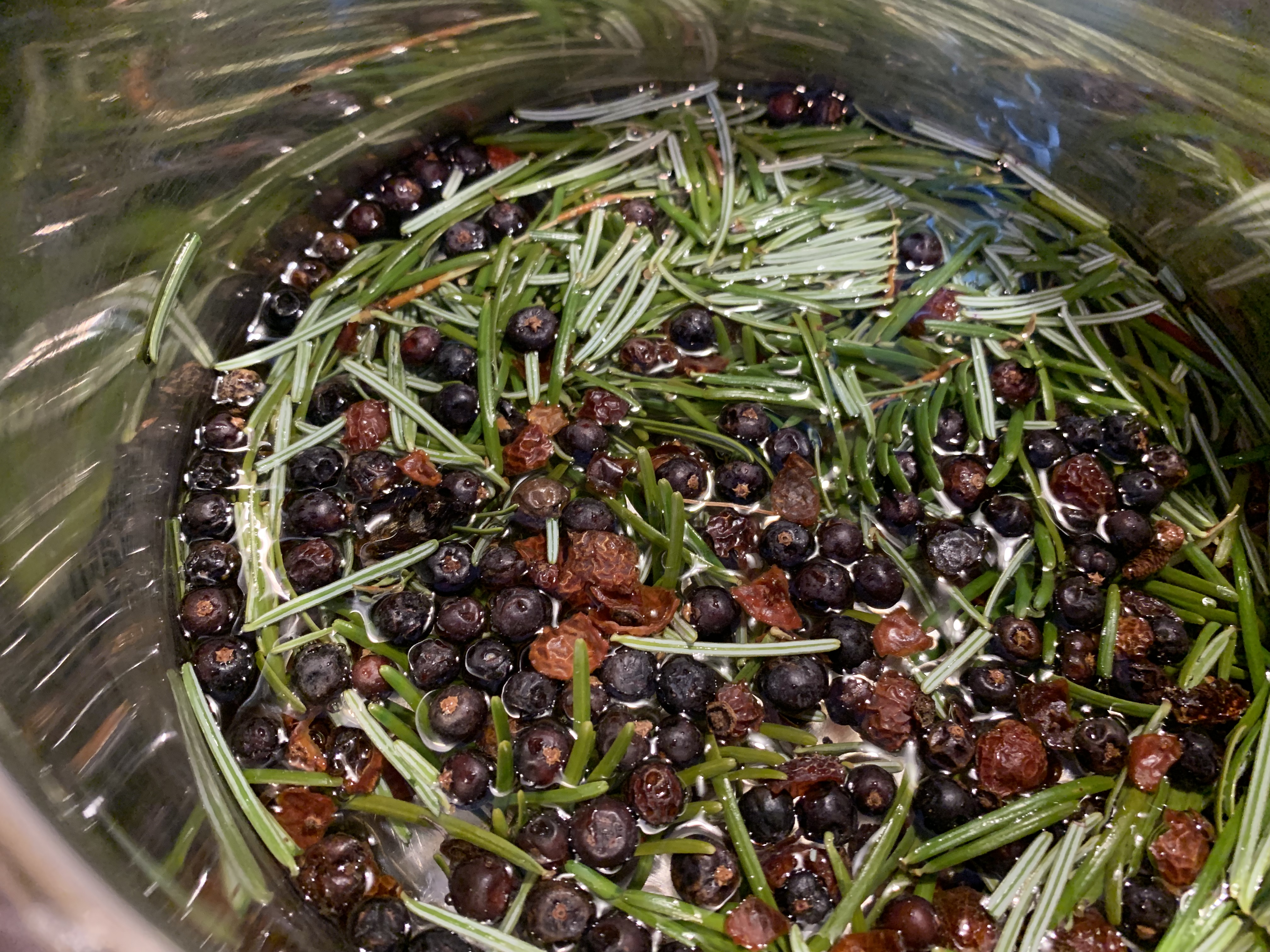