Chai tea is so warm and cozy. It is the perfect cup of tea to enjoy after a few hours in the snow. It invites you to inhale it’s goodness, wrap your hands around the mug, and drink in its stimulating spices. Making a cup of chai fills your kitchen and home with the aromas that are so familiar during this time of year – cinnamon, cloves, ginger, anise ahhhhhhh so good!

This recipe can be doubled or even tripled if you want to make some in advance. You could try making a double batch and freezing it in cubes to defrost later or, if you’re going to consume it within 48 hours, just keep it in the refrigerator. Are you having friends for a game night or dinner? What a perfect beverage to share with them.

Alright so let’s get to this simple and delicious recipe! You can also watch on YouTube – Don’t forget to subscribe and hit that notification bell. Stay tuned… we upload every Sunday! ?? 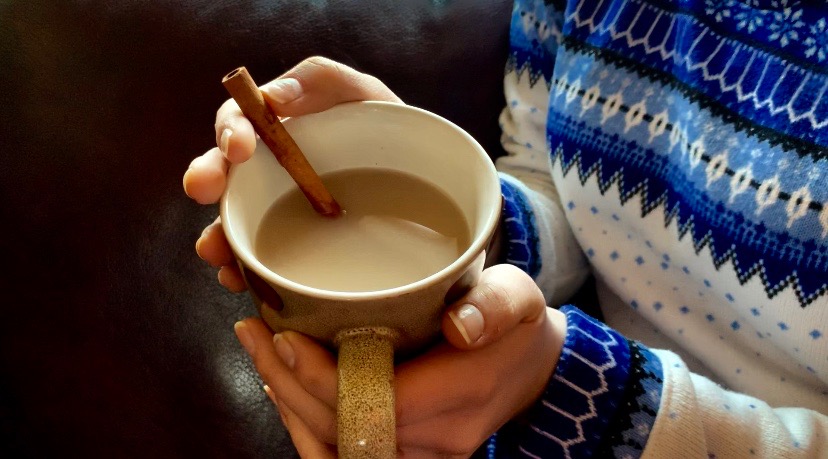 You can add any kind of milk and sweetener of your choice
Store in refrigerator if you aren't drinking it right away and drink within 48 hours
Freeze any that you don't drink for use later
Feel free to steep some black tea in the finished product if you like.